Here's what Davey looks like. I swear he hasn't aged a day since 1995.

Well, maybe thats not entirely true. Maybe when "Friend Jeff" gets back from Italia he can send me a copy of the recent pic of Davey and I (with Davey's ninja bodyguard, Mark) at IHOP a while back.

edit: I realized Jeff had already webified it someplace, so here it is: When I was little, my cousins and I would take over my grandparents' garage each summer and build a giant cardboard spaceship. They would collect fridge boxes and other large cardboard boxes throughout the year, and we would put them all together into a maze and make control panels out of broken electronic equipment and styrofoam. Then, when it was time to blast off, we would each get in our respective quarters (also our battlestations) and my grandparents would beat on the ship with brooms and make whooshing sounds for takeoff. Seriously quality memories.

I was reminded of all that by a post over on Geekdad which mentions Mr. McGroovy's Box Rivets. OH MAN that stuff looks fun. I am totally ready to start collecting boxes and turn my living room into a castle. I can foresee me wanting to keep it there WAY longer than the rest of the Family Steering Committee, though - maybe we'll have to work up to it with a Princess Carriage or something...
Posted by Dave Y at 9:26 PM 3 comments:

Describe Davey for me

All around here at the office, its Davey this and Davey that. So, for those of you who've never met Davey but are reading his nascent blog, I'd like for you to describe your mental picture of him.

Focus your hate on Davey 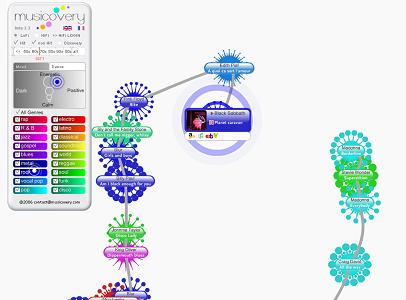 Via Davey, via Stephanie.

edit: ganked pic from The Technonaut as punishment for posting it there, too.
Posted by Dave Y at 3:59 PM No comments:

Sneaking up on toast

My daughter and I invented a new game. Now, whenever we make toast, her job is to listen for it to be done. Then, we act as sneaky as possible and tiptoe into the kitchen to sneak up on it before retrieving it and sneaking back to the table. Now every night she wants to know "Can we make toast and sneak up on it?" The best part for me is the conspiratorial look of excitement on her face. Plus, she likes to 'put on her listening ears' (she must have learned that at day care) and be very quiet waiting to hear it spring up.

Invented any good games with kids lately? Lets hear about them!
Posted by Dave Y at 2:40 PM 5 comments:

My friends (for I dare to call you friends!) over at the Durham 3 Podcast do me great honor during the Camp Nerdly recap episode (at about 2:30 in). To the point of some embarrassment. Thanks fellas - that means a lot; Nerdly was/is the triumph that it was/is due as much to each of you as anything I did.

I'd love to have a workspace like this Game Studio's Steampunk Office Suite. Apparently it was all done with painted plywood and a robot wood-router, and was cheaper to do than most office furnishings. Gorgeous.
Posted by Dave Y at 2:06 PM 1 comment:

Also, Davey, in case you missed it deep within the comments of the TV Pilot Meme post, you've been called out by Disco Mom:

"I vote that Davey starts his own blog!"

So, y'know, one more way me and mine are trying to keep you nonproductive.
Posted by Dave Y at 8:06 PM 4 comments:

I like books. My mom used to take me to used bookstores, where we would trade in a whole laundry basket of dad's used sci-fi & fantasy books and I could spend the credit. When I was having a rough year at BYU and things weren't going well, one of the places I took solace was a used bookstore there. The smell of old books, the stacks of volumes not as neatly arrayed as Barnes & Noble or Borders, the joy of discovering a secret backroom and some great old book about Freemasons or something - these are what I love about used bookstores. I like new bookstores, too. I like that you can (in the right section, anyway) pull a random volume off the shelf, sit down and start learning about something new. I've always felt you could learn a lot about people by looking at their bookshelves, and have occasionally been guilty of 'bookshelf cultivation'.

There's a couple of ways to catalog/cultivate your book collections online. For a while, I tried reader2, but the interface is weird & nonintuitive, and it wasn't doing it for me. It's been around for years, but I finally got around to trying LibraryThing last night and so far I like it much better. I added a little widget over on the right that'll show a few random book covers from my library. Obviously, I've only cataloged/tagged a small portion of my books (mostly those I can see on my work bookshelf), but its the kind of information organization that appeals to me, so there'll probably be some more additions, at least until I hit the 100-book free limit. Its the kind of thing I might even dish out the $25 lifetime fee for, in part to support small-business web development and in part because its useful to me.

I'd like to hear from some of you about your bookshelves, favorite bookstore experiences, and other bibliophilic errata.

edit: Also, I know there's tons more of these 'put your books on the web' things, like Shelfari and others. Anyone have any experience with those? like them? think I should use them instead of LibraryThing?
Posted by Dave Y at 7:40 PM 6 comments:

The Profit Calculator is an interesting analysis of how a variety of professions & businesses work in the Big City. I hope it doesn't convince too many people to give up their jobs for the 15 hour work week & $800,000 salary of a meth dealer, though.

(via The Technonaut)
Posted by Dave Y at 6:19 PM No comments:

I just started watching some of the videos from The New Yorker Conference 2007. They got together lots of smart people and asked them how different things might be in 2012 - It'll make you feel smart to listen to.
Posted by Dave Y at 11:25 PM 1 comment:

Ok, so mine's below, and I'm counting on Davey and those of you without blogs to do this in comments here, but those of you who have blogopresence do this in your own space & link to this post. Here are the rules:

1) Go to the tvtropes Story Generator and get your random elements. Copy these into your blog post (or comments). If you get a totally sucky set, you can refresh and get another one, but try to do it with whatever you get the first time.

2) Write an outline for the pilot of a TV show using as many of the elements as possible. Post it on your blog or here. If you do this on your own blog, please post a link to it in comments here so we can all enjoy it. Try not to get fired from work for nonproductivity.

Edit: This meme will take more time than you anticipate; it is not for the weak. Bonus points if you cast your main roles.
Posted by Dave Y at 6:08 PM 15 comments:

The Violent Glaswegian next door

In comments on the xkcd post, amid accusations I am ruining his life/costing him his job, Davey reminded me of an excellent site: tvtropes.

In particular, I'm a sucker for random generators (whence my work with Abulafia), and tvtropes does not disappoint. Ladies and Gentlemen, I give you tvtropes' Story Generator, which will most amusingly outline an episode of an imaginary TV show for you. The result I just got was:
Setting: Cyberspace
Plot: Jumping Off The Slippery Slope
Mandatory Narrative Device: Cursed With Awesome
Hero: Genius Bruiser
Villain: The Libby


Which is totally a show I would watch!You had me at Genius Bruiser vs. The Libby, but throw in a Violent Glaswegian and set it in cyberspace and I'm there! It's going to be all Mean Girls meets the Matrix meets Macbeth! Heathers meets Hackers meets Highlander! Here's my quick plot outline based on the above:

Beat 1: Our hero, Gordon [genius bruiser], is big, strong, and a talented hacker, but not good looking. He hosts a [science show] (within a show) on public access tv/Youtube [cyberspace] where the format is lessons in computer security punctuated by backyard Mexican-style wrestling matches between Gordon and his crew (show name: Linux Lucha Libre!). Megan McFadden, the morbid red-haired goth chick recently moved next door from Scotland [violent glaswegian], watches the wrestling from her window; develops crush on Gordon. Gordon's sister Julie [the libby] also has an ongoing video podcast series entitled "Jules & the Gang" and its her and her popular friends dishing gossip and being catty about the losers at their school, which to Julie definitely includes Gordon & his loser friends [acceptable targets]. Their show is wildly popular, all the wannabees at school watch Jules & the Gang hoping to be favorably mentioned or looking for who to pick on. Everybody loves and hates Jules & the Gang. Until one of the nerdy kids they've been ripping apart on the show kills himself [jumping off the slippery slope]. That's all just setup, the first 15 minutes of our hour-long pilot.

Beat 2: The first day of school. Megan decides the only way to stop Julie and get with Gordon is to infiltrate Jules & the Gang, and so hides away the leather & eyeshadow in favor of cool kid clothes [dressing as the enemy]. She hates them all with a violent Scottish passion, but it turns out she's actually really good at being popular even though she's all conflicted about it [cursed with awesome]. Meanwhile she and Gordon start to flirt a little. Climax of this beat comes when Jules & the Gang make fun of Gordon and Megan has to join in or risk the whole operation. She does - Gordon is devestated.

Beat 3: Megan's plan hits stage 2 - she's going to sabotage the Jules & the Gang videocast, inserting scenes of (gasp!) Jules and the other girls without makeup, or showing them as the insecure girls they really are (she's been sneaking footage of them with this weeks product placement - a small videocamera). But in order to make that happen, she has to get Gordon's help computerwise ['I heard you were the best']. Gordon and her get together, sabotage videocast. Day after the new Jules & the Gang hits the web, Julie and the other girls come to school furious and looking for a fight. Megan, now back in her goth garb, gets into a catfight with several of the Gang in a hallway, kicks ass, pulls hair, claws faces, shouts awesome Scottishisms at them. All looks resolved, except for the teaser for next week where we see Julie plotting sweet revenge.

That's my random show - thank you tvtropes and thank you Davey - you've had your revenge while I thought about all this instead of work.

Edit: Now with casting!
*Gordon: I'm thinking Jesse Plemons of Friday Night Lights fame might be sufficiently big but nerdy.
*Julie: Emilie de Ravin (sans Aussie Accent as in 'Brick') or even Heroes' Hayden Panettiere would be good.
*Megan: This one's tricky, but maybe with proper dialect training, Bonnie Wright (whom you know as Ginny Weasley from the Harry Potter films) might do the trick.
Posted by Dave Y at 2:22 PM 10 comments: