Goodreads: The Man Who Was Thursday: A Nightmare

The Man Who Was Thursday: A Nightmare by G.K. Chesterton

rating: 4 of 5 stars
This is a quick read; under 200 pages. Very clever and eloquent at times, farcical and dark at others. Recommended for your next plane ride.

We've only had a chance to try a few recipes out of here so far, but they've all been excellent and have sparked some new ideas. Looking forward to doing a few more!

rating: 4 of 5 stars
I am naturally a list-reader. I make lists too, when the occasion warrants, but I like reading a good list just as much as making a good list. Not all the movie lists in this book are great, but there are enough lists and enough films covered to make it very enjoyable. And, since there's no plot to follow, there's no guilt in skipping a list that doesn't look interesting, or only reading the paragraphs about movies you've heard of in a list. This may reveal more about my personal habits than I'd like, but I should mention that I read almost all of the parts I read on the toilet. Now you know.

Be forewarned: it is impossible to read this without adding a bunch of movies to your Netflix queue. Seriously, unless you've seen them all, at least add one from the "10 Best Gangster Deaths" list.

front page of the ny times 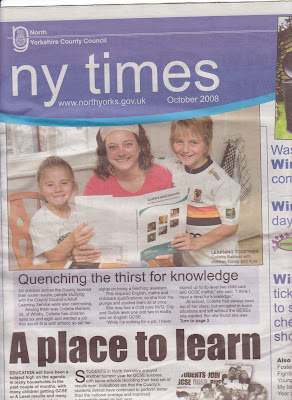 When I was looking at the book for the first time, I came across this table of statistics:

Number of disorderly prostitutes taken into Custody during the years 1850-1860, and their trades:

After some search I have been enabled to give the trades and occupations of those women.

74 were Hatters and trimmers.
418 were Laundresses.
646 were Milliners, etc.
400 were Servants.
249 were Shoemakers.
58 were Artificial flower-makers.
215 were Tailors.
33 were Brushmakers.
42 were Bookbinders.
8 were Corkcutters.
7 were Dyers.
2 were Fishmongers.
8 were General and marine-store dealers.
24 were Glovers.
18 were Weavers.

The remainder described themselves as having no trade or occupation.

There's just no way for me not be interested in stats like that - I mean, 646 Milliners? I didn't even know what a milliner was (Wikipedia has it as "the profession or business of designing, making, or selling hats, dresses, and hat trim to women." - I guess that's different from hatters in that hatters sell to men?).

Also, as promised, here's the Table of Contents for the 'Thieves and Swindlers' section:

The Sneaks, or Common Thieves

This section proves to be just as interesting as the last was.
Posted by Dave Y at 10:37 AM 2 comments:

Park Women, or Those Who Frequent The Parks at Night And Other Retired Places

(From the book "London's Underworld", a 19th-century expose on London's seedier side; my current bedside reading)

"Park women, properly so called, are those degraded creatures, utterly lost to all sense of shame, who wander about the paths most frequented after nightfall in the Parks, and consent to any species of humiliation for the sake of acquiring a few shillings. You may meet them in Hyde Park, between the hours of five and ten (till the gates are closed) in winter. In the Green Park, in what is called The Mall, which is a nocturnal thoroughfare, you may see these low wretches walking about sometimes with men, more generally alone, often early in the morning. They are to be seen reclining on the benches placed under the trees, originally intended, no doubt, for a different purpose, occasionally with the head of a drunken man reposing in their lap. These women are well known to give themselves up to disgusting practices, that are alone gratifying to men of morbid and diseased imaginations. They are old, unsound, and by their appearance utterly incapacitated from practising their profession where the gas-lamps would expose the defects in their personal appearance, and the shabbiness of their ancient and dilapidated attire. ... The unfortunate women that form this despicable class have in some cases been well off, and have been reduced to their present condition by a variety of circumstances, among which are intemperance, and the vicissitudes natural to their vocation."

Seriously, the whole book is like that. It's hilarious. Here's part 1 of the table of contents (the portion dealing with prostitution): "Please call Stella. Ask her to bring these things with her from the store: Six spoons of fresh snow peas, five thick slabs of blue cheese, and maybe a snack for her brother Bob. We also need a small plastic snake and a big toy frog for the kids. She can scoop these things into three red bags, and we will go meet her Wednesday at the train station. "

First off, I'm not sure the store sells snow peas by the unit "spoons." Secondly, how thick exactly do you want your slabs? I'm not sure scooping blue cheese into a bag is the best idea. And by Wednesday, it may not be smelling all that great. Plus, by then, won't Bob have gotten his own snack?

These are some of the thoughts that confronted me as I listened to that paragraph over and over at the GMU Speech Accent Archive. You can browse by birth language, region, or native phonetic inventory. But no matter which clip you listen to, it's about Stella, her shopping list, and your upcoming rendez-vous on Wednesday. A few favorites:

If you find a cool one that I missed (which shouldn't be that hard), post it in the comments for me.
Posted by Dave Y at 12:50 AM 3 comments:

Goodreads: another Hellboy and The Arrival

Hellboy Volume 7: The Troll Witch and Other Stories by Mike Mignola

rating: 4 of 5 stars
As with most compilations, this one is hit-and-miss. I do enjoy the way Mignola will take an old folk tale from someplace like central Africa or Norway or Malaysia and then retell it through Hellboy. Probably my favorite in this collection is "Dr. Carp's Experiment", because of the electric harpoons. But Makoma would be a close second.

The Arrival by Shaun Tan

rating: 5 of 5 stars
Wordless and beautiful - The story of an immigrant man and his arrival in a new land, where everything is foreign. I think I'll be giving this one as a gift sometime soon; just need to figure out who needs it.

Birthday Card from a 5 year old 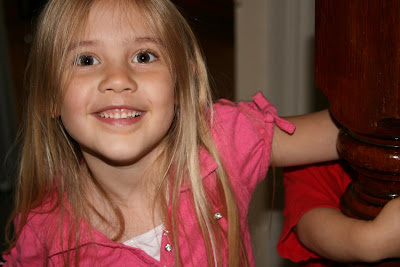 Here is the text of the birthday card my little girl wrote all by herself for me, sounding out the things she wanted to say (and translation):

Which is of course:
Daddy, I love you.
Happy Birthday to Daddy; I hope that you will have a good day.

Of course! Cookbooks! I've loads of those I could review!

rating: 4 of 5 stars
Chock full of deliciousness! Among our faves:

And lots more. There are whole sections we still haven't delved into, but I'm sure they're just as good as the stuff we've tried. My sister gave this to us for our wedding as I recall, and it's been serving us well ever since. Whether or not you're vegetarian (we are most definitely NOT), this book is worth picking up and cooking from.

Conan of Cimmeria: The Conquering Sword of Conan by Robert E. Howard

rating: 1 of 5 stars
I had no idea going into this book that the original Conan stories were so incredibly rife with racism and misogyny, to the point where even though the plots are interesting and the setting excellent, I can't overcome my disgust every time (and it is EVERY TIME) that Conan has to save a near-naked white girl from the unspeakable horrors that "brown-skinned men" will inflict on her. Ugh. Have to quit this one 3/4 of the way in, I'm afraid.

Typical of pulp fiction for the time, I'm sure, but I'll just have to rely on later authors for my swords-and-sorcery fix.

rating: 4 of 5 stars
Great art, great stories, great one-liners. Not as epic or memorable as some of the earlier Hellboy tales, but I thoroughly enjoyed it.


Here's a couple panels from that Hellboy comic that had me cracking up: 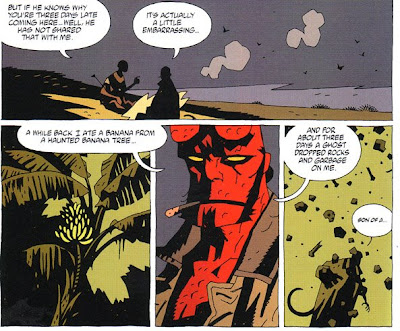