For me, a good music blog posts mostly .mp3s, not too many videos, and groups posts into logical collections. Here's my L-Z and 0-9:

Lost in the 80's Unlike Born Again 80s, this is mostly songs I've never heard of - rarities and lesser hits of the decade.

Music for Kids Who Can't Read Good - He just posted his wedding mix, full of good lovesongs. I just subscribed this week, but it looks very promising.

Pimps of Gore - I've almost unsubscribed a few times, but then something good gets posted, so it's stayed on so far.

Pretty Much Amazing! - new this week; on probation. we'll see.

Retro Music Snob - very prolific, linking to other blogs where the actual songs reside, but that's OK; this has been how I've discovered several of the other blogs.

snuhthing/anything - Takes a theme and then posts a bunch of songs that go with it. I can handle that. Like it, even.

Star Maker Machine a group blog by several of the authors of other blogs on the list. Usually has a theme for the week, and posts songs throughout. Two weeks ago was Hell Week, last week was Heaven Week, this week is Sun Week. I wonder if Moon Week is next week? New, but already off probation and onto the keepers list.

The Lost Turntable purports to be "The Imported Out-of-Print 12" Extended Remix B-Side of MP3 Blogs". Sometimes vulgar, as in today's post, but once in while there's music I'm interested in there.

Who Needs Radio? new, on probation, but the 'London, Brighton, Rome, Paris' post a while back was an indicator that it's capable of excellent things.

17 Seconds new, on probation. But a ton of covers by Arcade Fire the other day is a good sign.

Note: I used to be subscribed to Stereogum but it was too prolific with news items and too "here's the new indie sound!" for me. For people with more patience, it might be another good source.

That's prettymuch it for me. Are you following any that I'm not, dear readers?
Posted by Dave Y at 8:58 PM 2 comments:

I love music. Not as much as some people. And not with a lot of pretension. Well, some I guess. Anyway, I'm in a finding mode where I've come across a bunch of new blogs that go in my "music" folder in Google Reader. Here's a selection:

*Benn loxo du taccu This world-music blog used to be exclusively African music, but lately there have been posts dealing with China, Syria, Argentina, Turkey, and so on. I don't download very much from here but I'm glad its there, and sometimes I like it.

Battle of the Midwestern Housewives - just found this one today, but it looks like a nice punk&ska source.

Born Again '80s - mostly remixes and 12" of old 80s songs. But that means sometimes a version I've never heard of a song I already know I like.

Copy, Right? - sadly defunct now; but Lobstar/Liza had some great posts, and her Blog Roll is worth mining for other music blogs you might like.

Cover Freak - A decent little cover blog. My only complaint is that only the summary shows in Google Reader, so I have to actually go there if I think it might be interesting. I know, poor Dave, he has to click once in a while... - No complaints! Steve hooked me up in the comments!

Cover Lay Down - a good folk covers blog; you've probably seen me sharing items from here. I download anything that looks halfway decent or that I've heard of before.

Covering the Mouse a covers blog (detecting a theme?) devoted entirely to Disney songs. Sadly, no links to download the songs, but a little digging through the "View Source" will get you there, if you need to.

Fong Songs - Another covers blog I share a lot from; this week was Muppet Week.

I AM FUEL, YOU ARE FRIENDS - Added last week, but seems like a keeper. Still in probation though.

i rock i roll - just added today; still on probation. 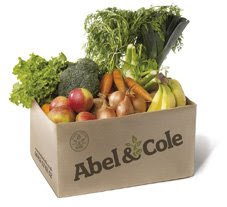 Today a flier came in the mail from Abel and Cole, which is apparently a seasonal/organic grocer that makes home deliveries of all sorts of yummy things. I signed right up for the Mixed organic box, which will commence delivery weekly starting next week. Yum!
Posted by Dave Y at 7:27 PM 5 comments:

Taking half a day off today to get a few things done; blogging may as well be one of them:

Quick reminder: those of you not watching My Shared Items are missing most of my pithy (or perhaps obnoxious, according to taste) commentary on things I encounter on the web.

Finally, this video I ran across - next time you want to play H-O-R-S-E, try it up against these girls:

So on the 4th of July we went to the local auction held every Friday - lots of people had recommended it and I'd browsed their offerings once or twice online and seen a few cool things. I looked at what would be up for auction and saw a few things I wanted to see in person. Here's what I ended up with: 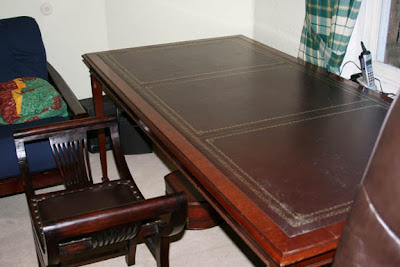 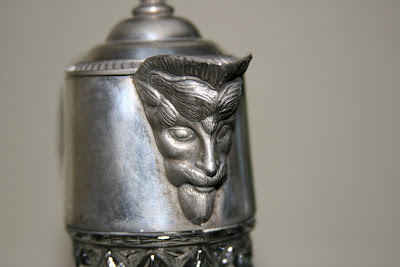 Prices were pretty decent - I spent less than I expected to - and the auction process itself was pretty fun; I expect I'll be checking it from time to time to pick up some cool furniture and other odds & ends.

Then after H got out of school, we went to nearby Brimham Rocks to clamber around & take pics. 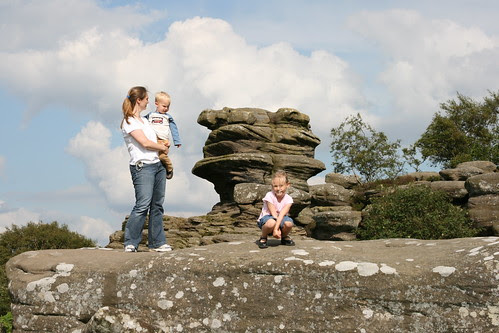 I made a random generator tonight to help jumpstart fictional situations like short stories or imaginary TV pilots I make up in my head. It poses the main question facing a protagonist.

"When it comes down to it, the choice is between preserving a shred of dignity and keeping your family together, isn't it?

Is it possible to overcome mental illness and still end up forgiving someone?

When a family secret interferes with a solemn promise, which will you follow?"

Work in progress, but I like it so far
Posted by Dave Y at 1:43 AM No comments: 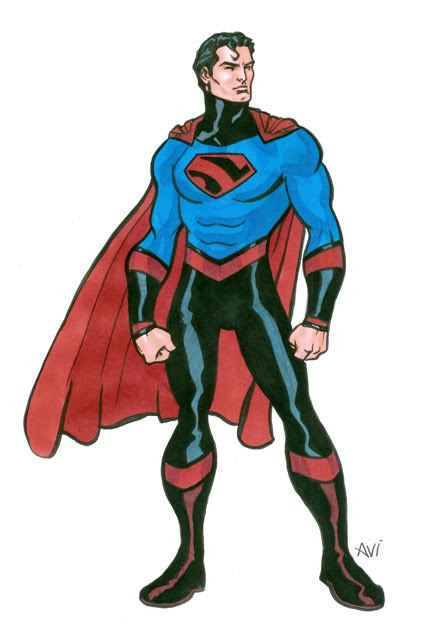 I don't count myself a Superman fan, but some of these costume redesigns are pretty neat.
Project Rooftop: "Superman: Man of Style Finalists!"
Posted by Dave Y at 1:38 AM No comments: 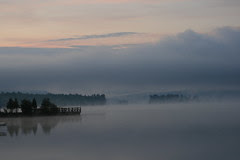 Dawn on Moose Lake
Originally uploaded by Foucalt
Vacay photos are up.
Posted by Dave Y at 6:47 PM 2 comments: