Those of you itching for a decision tree... 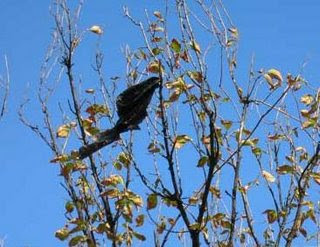 ...should check out the work that's been done at Stray Shopping Carts - apparently there's a book, too. When I was a young, cynical LDS missionary on the hardscrabble streets of LA, I would often see black plastic bags floating along the ground or in the air, or fluttering helplessly in a tree, and I would daydream of having a Nature-channel special that would follow them around, while a British narrator in hushed tones talked about what they were doing. This is in the same spirit.

Also, those of you not subscribed to the Shared Items are missing a good chunk of this blog's content, as highlighting a few items is often all I have time for. Comments on them are always welcome in whatever the current post is here, even if it will seem non sequitor to everyone else. And, lastly, Merry Christmas everyone.
Posted by Dave Y at 4:46 AM 1 comment:

"Did you sing along to 'The Moody Blues Air Supply - Making Love Out of Nothing at All' yesterday on the way to work?"

The most interesting thing I've read in weeks

Fascinating Account of gangs in LA. Wait till you get to the funeral on page 6. My jaw just kept dropping further and further. Well-written and thorough.
Posted by Dave Y at 5:43 AM 4 comments:

post removed. I had accidentally redirected my readers to a site that was forwarding them on to adds instead of the intended content. Sorry, everyone.
Posted by Dave Y at 4:33 PM 6 comments:

As if you care about ...The Golden Compass

Oh yeah, saw the Golden Compass - LOVED IT. Even if religious groups are all up in arms because it was "written by an atheist". Oh No! somebody might get the idea that some religions misuse their power over people! We can't have them thinking THAT!

Movie was good, though. Excellent jet-driven blimps and stuff like that. Enormous plot holes, but lovable ones. See it

As if you care about ... Blood Diamond

I've been thinking about doing more reviews of films I watch here, so consider this an experiment in that vein.

Blood Diamond was quite good, much better than I thought it would be when I initially saw it advertised. It was billed then as mostly action flick, and while there was plenty of action, it's really about the conflict it's set in. It joins Hotel Rwanda and Black Hawk Down as eye-opening, dramatic, and interesting films about the plight of Africans and Africa. Maybe Beyond Borders, Tears of the Sun, and The Last King of Scotland are in that category too, but I haven't seen them yet.

DiCaprio does pretty well with a South African accent, and I've always liked Jennifer Connelly (even though her performance is a little flat here). As with everything I've seen him in, though, the real standout here is Djimon Hounsou. He and DiCaprio received Oscar nominations for their roles, and its easy to see why.

Anyway, this one is recommended. Four out of five stars.
Posted by Dave Y at 5:33 AM No comments: